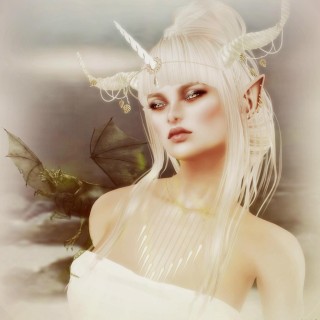 Just Me, Nothing Special

Just Me, Nothing Special

Fabulous , these guys deserve all the help they can get, Well done Kultivate !

Kultivate Magazine (Kultivate) will hold a fundraiser in support of Homes For Our Troops. This event will feature live performers, dj parties, a special flag hunt, and an art auction with proceeds going to Homes for Our Troops (HFOT). Homes For Our Troops is a charity that supports veterans by providing resources that can help veterans rebuild their lives after military deployments and war. The fundraiser will take place July 1 to 4, 2017.

The Edge Contributor, Stavaros Gracemount discusses whether or not one should use nudity in their artwork:

Nude or Not… That is the question…

There are many people with varying opinions on nudity and art. There is a fine line that is tread between the two. After attending several meetings and reading several other articles, I’m left somewhat disappointed with the lack of open-minded people within Second Life.

There are those that claim to be cutting edge, when I have discovered they are more into covering edge. What I mean by my statement is,  as some appear to be fashion forward in their thinking, they are not. They are the ones that hold back the industry from getting any new blood.

What can I say, its getting there a year on and  I am still grouching at Old Fart cos he hasn’t done the spare room and finished my order list for the Garden.

Ok, I hear you thinking well get of your ass and do it yourself. Now had I not had an altercation with a Drunk driver leaving me pretty much immobile and subsequent Heart Failure I would.   In fact I always did do it myself.

The funniest of that was Old Fart went to work one day  and I had a day off from  work, he popped home at lunchtime and I had re papered  the Lounge when he walked in he did a double no make that a triple take.   My motto being never put off til tomorrow, what you can do today. I am STILL trying to instil this into  Old Farts Brain and I am failing miserably.

The Garden is another bone of contention. Having got some nice workmen in to put some trellis fencing up (the neighbours have an issue with their light) so a truce was  called  by using said trellis instead of  the amazing panel(privacy) fences. They did a nice Job too, however on getting the bill for 998.00 sterling there were rumblings from Ol Fart that he could have done it for  so much less. Hmmm  ok when??? in the year 3000 or in his dreams I blithely asked. more grumbles as he wandered  off to  inspect the depths of his shed, which believe me is very deep and full of all the mysterious tools he has and never will probably use.  In fact our friends used to call us dodge it and bodge it. me being the dodge part.

So there is still more fencing to go up to hide the hideously battered fence on the other side. also the slabbing is a teeeeeeny bit iffy.

Mentioning this  to Old fart I said shall we give the  garden guys a call. He just stood staring at me and then asked if I was totally Bonkers and that HE would do it.  My hair is still standing up on the back of my neck at the thought of this and his devil dance when something just  wont go where he wants it and a six inch rusty nail  doesn’t work …

The fence still needs doing and the decking I would love is still in my dreamworld.

So my half done stamp sized garden is still in progress and tbh will probably stay that way, but after six months, that is it, I call in the Garden guys, close my eyes take more  pain control and sleep through  the GRUMBLES!

Volume 1 of the Windlight Quill and Pen is now published! This new literary journal features the following poets and authors from Second Life and real life:

You can view this issue by clicking on the cover below:

You can also view this book in your ebook reader or ebook reader software or table! The book will be available at Barnes and Nobles, Kobo, iTunes, and Scribed soon! In the meantime you can download it from the Smashword:

We are pleased to announce our Anniversary Issue!  At 294 pages, this is our largest issue yet! This issue features Bryn Oh, Indie Teepee Coordinator EvelynScarlett, alme Owner Chloelectra Resident, Swank Owner Adonis Lubomir, information about the 7th anniversary of metaLES, and a very special treat! As Windlight is about the arts, we have 50 images from our Windlight Artists, Contributors, and Artists in Residence. We also have images from our Edge Stylists as they showcase the latest summer fashion trends! Very special thank you to Jamison Burnstein for the cover image. Click the image below to view the issue:

Very special thank you to Secret Rage for making an awesome video of The Windlight Magazine Spring 2016 Art Show! You can view the video on either AView TV or on SL Artist.com:    …

Finally I decide  to open the  sim and  put  some of my SL work  up.   Its been a little while  and I wasnt quite ready, but with some encouragment and a  few half  decent works I  finally did  it.

There are  also many areas  to just  sit  or dance or be  romantic,  My Love of Trees and Flowers  will be obvious,  the  eternal Romantic.

I ask that you respect others privacy and  just enjoy!

PLEASE  DO NOT BUY  A PUPPY FROM THE NET, SOCIAL MEDIA OR A PUPPY FARM. ALWAYS  ASK TO SEE THE MOTHER AND CHECK THE PLACE IT COMES FROM. IMPORTANT AND PLEASE SHARE. LETS  GET THESE EVIL  PEOPLE  OUT OF BUSINESS, COS THE COURTS PENALTIES FOR THIS KIND OF ABUSE  IS PITIFUL, IF YOU SUSPECT ANY  CRUELTY OF ANY LIVING BEING, REPORT IT!!!   THANK  YOU ❤

the runes of the gatekeeper's daughter

The humor and humanity of storytelling.

no filter, no edit